Narrowing the Content Gap: Peter A. Bruck at WSIS Forum 2017 in Geneva 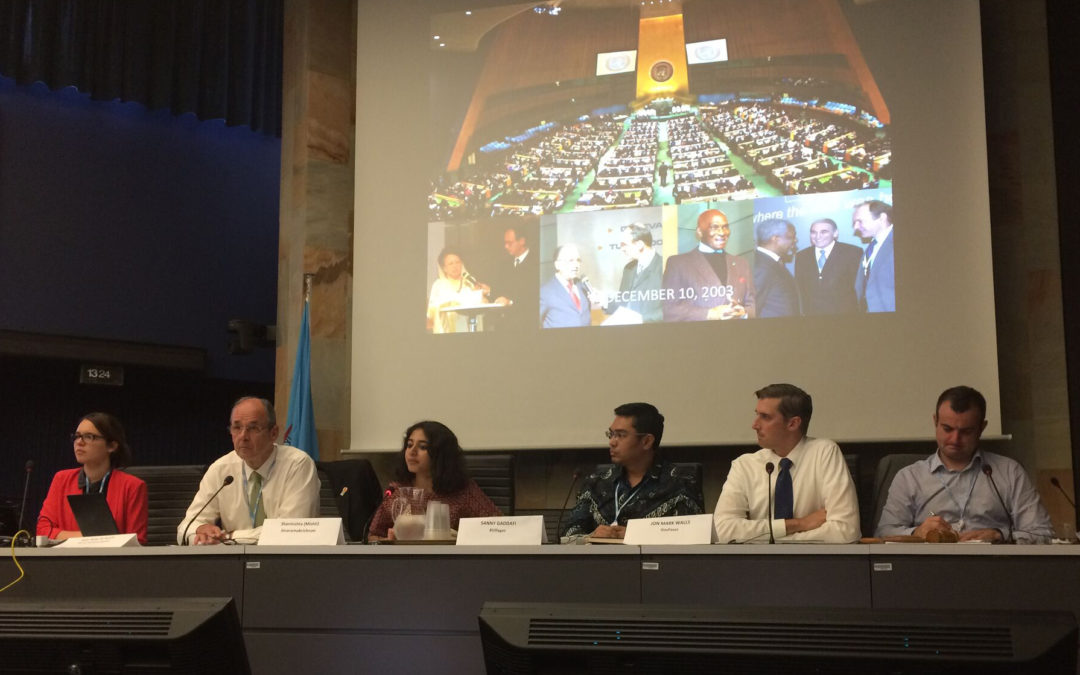 The annual WSIS forum in Geneva, Switzerland is a central outcome of the World Summit on the Information Society and one of the most renowned events in this context worldwide. It deals with a sustainable digitalization strategy throughout the globe. Prof. DDr. Peter A. Bruck, founder and CEO of KnowledgeFox as well as chairman of the World Summit Awards, moderated the panel “Impact on Society through Digital Innovation” on Monday, 12th of June.

Among the distinguished speakers were: Jon Mark Walls, Sharmishta Sivaramakrishnan, Nigel Hickson, and Jordi Serrano Pons – the latter also participated at last years’ MicroLearning conference with his project Universal Doctor. “It is not only the technology, it is primarily the content and it is the community – these two things really drive information society forward”, summarized Peter A. Bruck the panel.